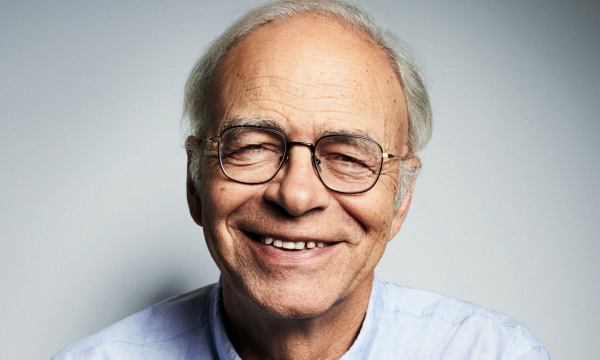 The godfather of altruism 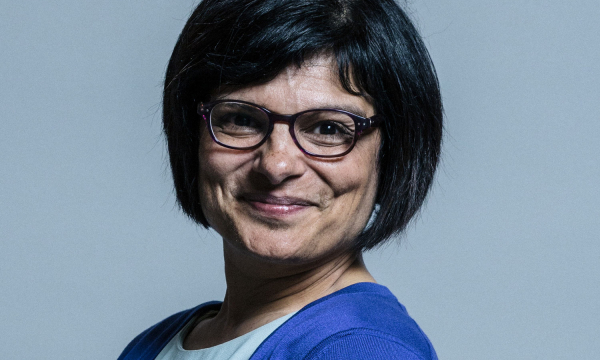 Rising star of the Shadow Cabinet 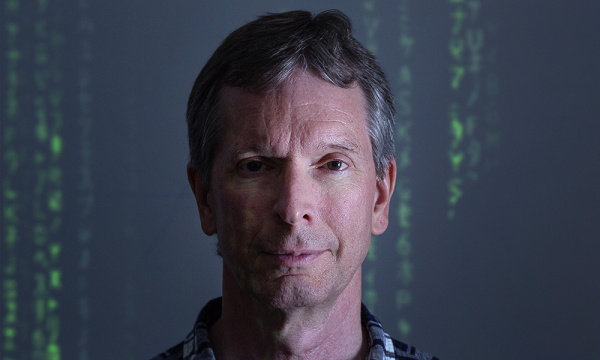 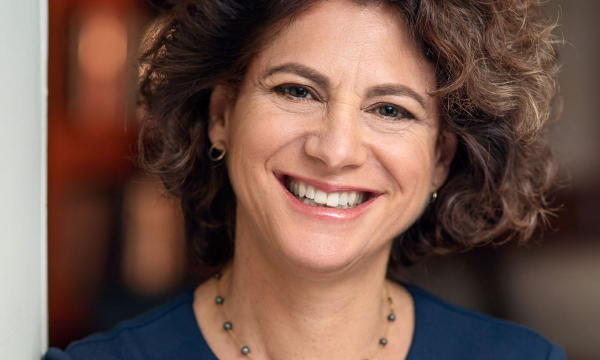 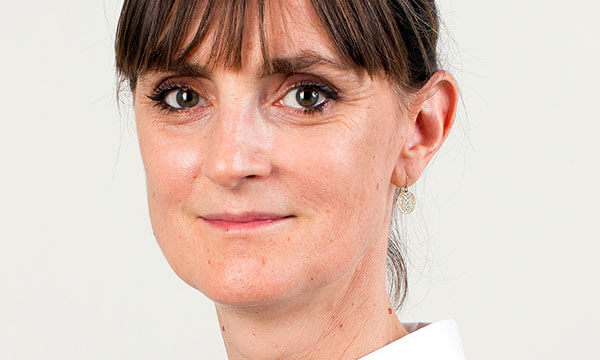 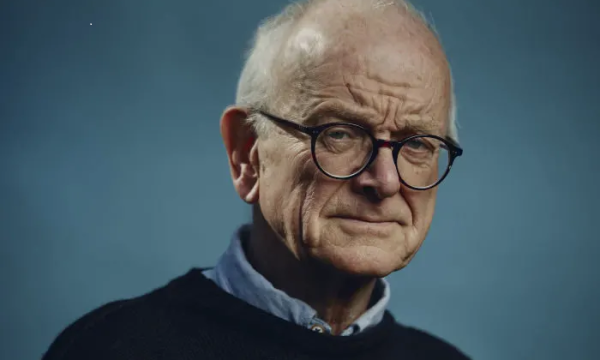 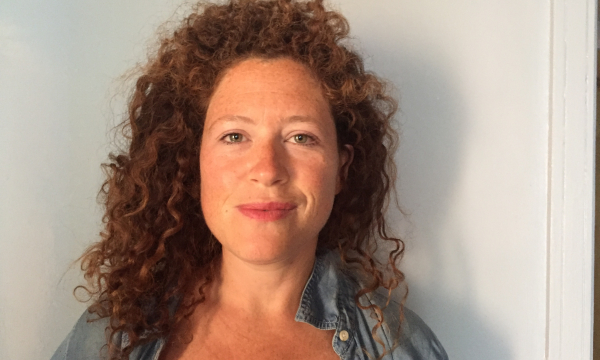 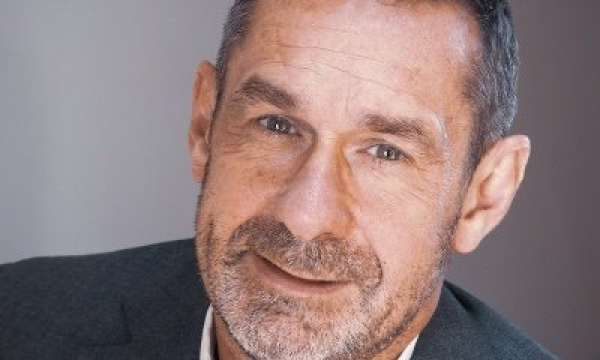 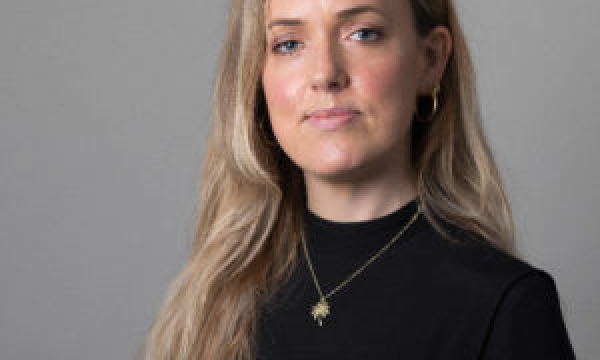 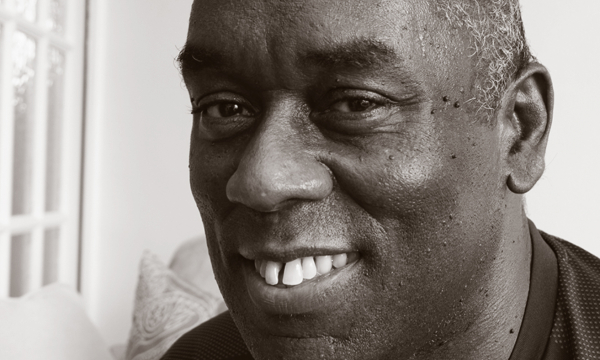 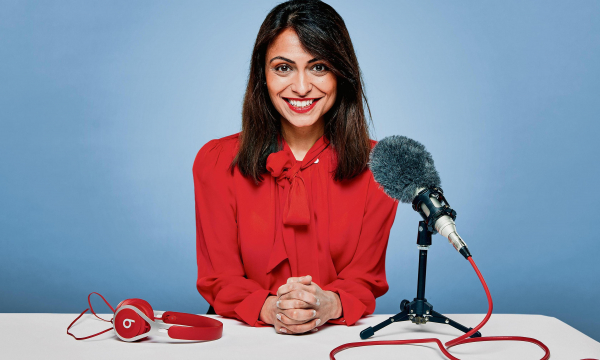 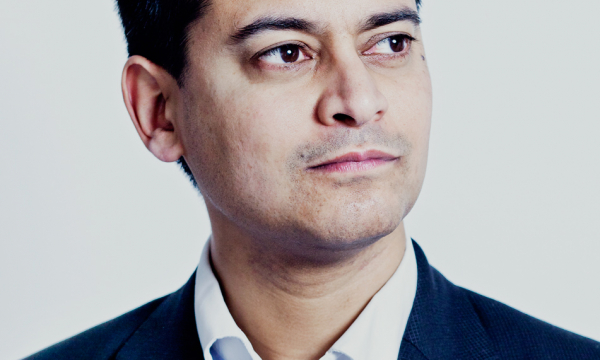 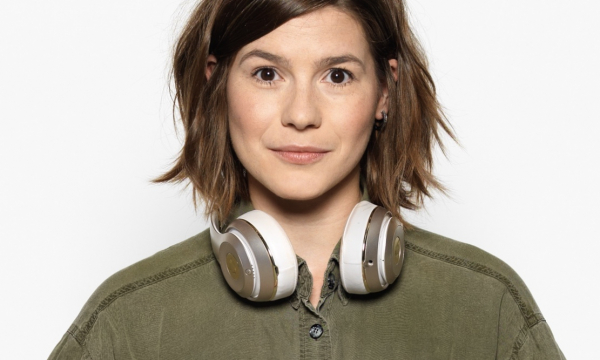 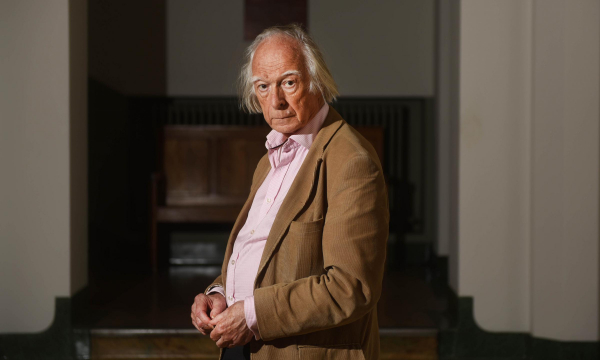 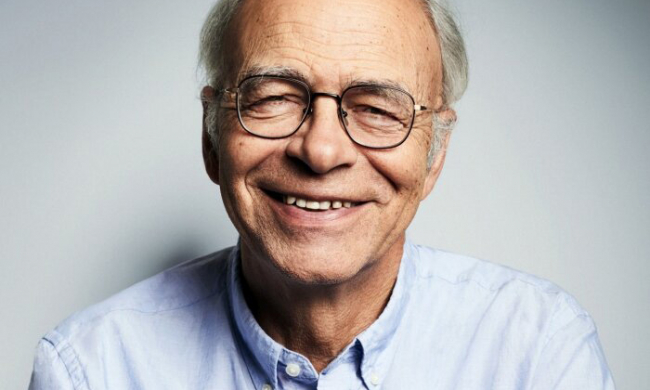 'If it is in our power to prevent something bad from happening, without thereby sacrificing anything of comparable moral importance, we ought, morally, to do it'.

Peter Singer is undoubtedly one of the world's foremost public philosophers and the most prominent figure in contemporary ethics. He is currently the Ira W. DeCamp Professor of Bioethics at Princeton University where he specialises in applied ethics from a secular, utilitarian perspective. Singer has authored or co-authored over 30 books, his most recent being Why Vegan? which argues that human tyranny over animals is a wrong comparable to racism and sexism.

'Peter Singer might well be the most important philosopher alive'. - Paul Bloom 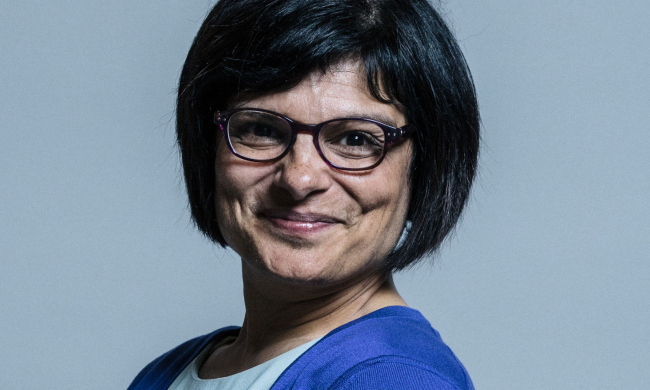 '"I’m a Labour politician. I’m a social reformer, not a libertarian rightwinger. Interfering, for the common good, is what we do."

Thangam Debbonaire is the Labour MP for Bristol West and current Shadow Leader of the House of Commons, previously working as the Shadow Secretary of State for Housing. Describing herself as a "northern European socialist", she supports "fettered capitalism". Thangam is a rising star of the Labour Party and would be top of many people's lists to be a future leader of the Labour Party.

Thangam has co-authored two books and published numerous papers on domestic violence, and has suggested that male refugees settling in Britain should be given lessons about female equality. Shortly after being elected in Bristol West, Thangam was diagnosed with breast cancer. This experience, along with extensive personal research into the effects of alcohol, led Thangam to speak out in favour of greater regulation of alcohol, calling for mandatory graphic warnings on alcohol drinks akin to those on cigarette packaging. 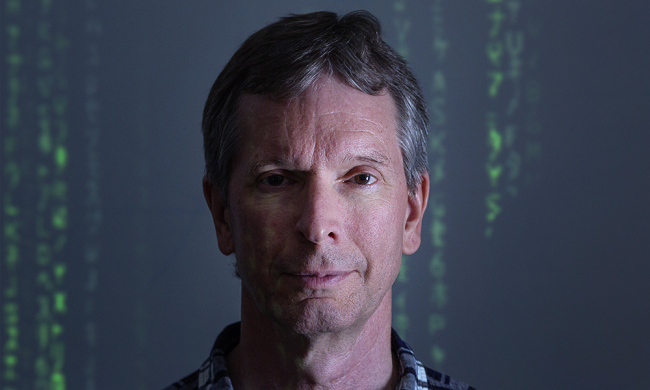 He has written several books: his most recent being 'The Case Against Reality; How Evolution hid the Truth From Our Eyes'. He has made numerous media appearances including on TED, the Lex Fridman podcast and Closer to Truth. 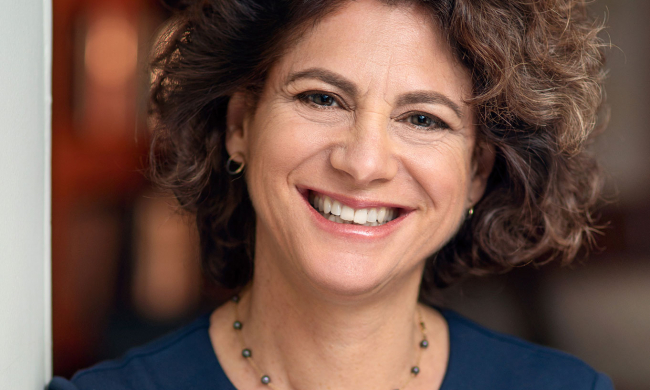 "We should all flourish as the kind of complex beings that we are, without expecting things to be easy."

Tamar Gendler is a preeminent scholar, Yale's Dean of Arts and Sciences, Vincent J. Scully Professor of Philosophy and professor of psychology and cognitive science. Her Open Yale course, on the Philosophy and the Science of Human Nature, has had hundred of thousands of viewers. Tamar Gendler is the author of Intuition, Imagination, and Philosophical Methodology and Thought Experiments: On the Powers and Limits of Imaginary Cases. 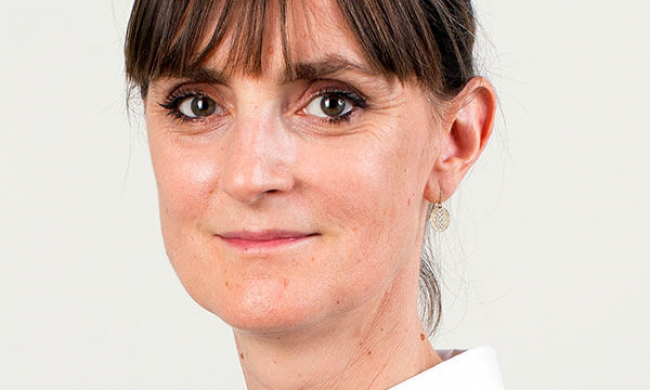 'The truth is out: Britain’s immigration system is racist, and always has been. Now let's fix it'

Amelia Gentleman is an acclaimed British journalist, Guardian reporter, and author of 'The Windrush Betrayal: Exposing the hostile Environment' which was a New Statesman and Spectator book of the year, shortlisted for the Orwell Prize for Political Writing and longlisted for Bailee Gifford prize.

Gentleman has won multiple prizes for her journalism including the Orwell Prize and Feature Writer of the Year in the British Press Awards and he 2018 Paul Foot journalism award.

'[Gentleman's] reporting proves why an independent press is so vital.' - Reni Eddo-Lodge 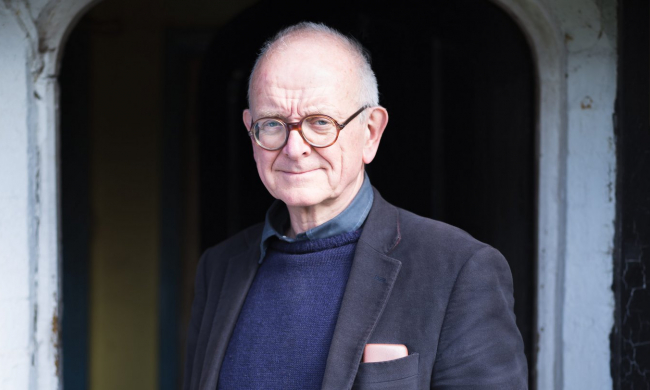 "The only meaning of death is how I live my life now and what I will have to look back upon as I lie dying."

Henry Marsh is a leading neurosurgeon and a pioneer of neurosurgical advances in Ukraine. His widely acclaimed memoir Do No Harm: Stories of Life, Death and Brain Surgery was published in 2014. According to The Economist, this memoir is "so elegantly written it is little wonder some say that in Mr Marsh neurosurgery has found its Boswell". Henry Marsh has a particular interest in the influence of hospital buildings and design on patient outcomes and staff morale. He was awarded a CBE in 2010. 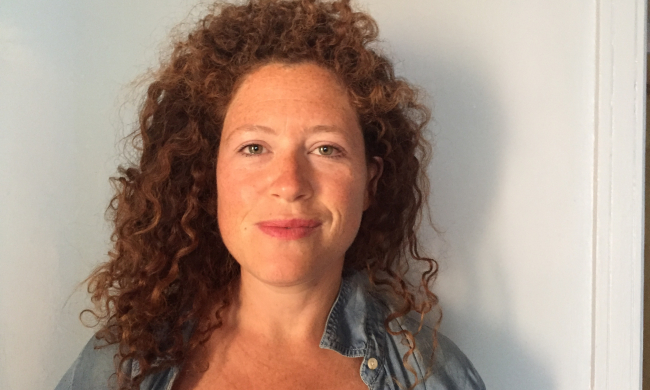 "The creep of 'unconcious bias training' has gone largely unfought."

Zoe Strimpel is a historian, journalist and author. She engages with gender, feminism and dating in modern Britain. She is a flagship columist for the Sunday Telegraph. She is the author of three books about dating and relationships, Seeking Love in Modern Britain (2020), The Man Diet: One Woman’s Quest To End Bad Romance (2011) and What the Hell is He Thinking? All the Questions You Had About Men, Answered (2010). Her academic work, given five stars by The Telegraph, has been described as "watching Love Island with Foucault." 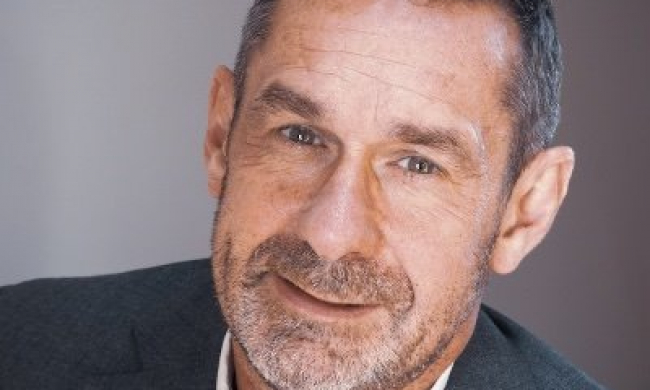 Paul Mason is a British commentator and radio personality, and currently the Economics Editor for the UK's Channel 4 News.

A former member of the radical Workers' Power group, Paul describes his politics as now "very complicated", identifying with a "radical social democracy". His widely-selling 2015 book, PostCapitalism: A Guide to our Future, contends that capitalism is under threat from a digital revolution set to reshape the way we interact with one another.

"Brilliant and radical" - The Guardian 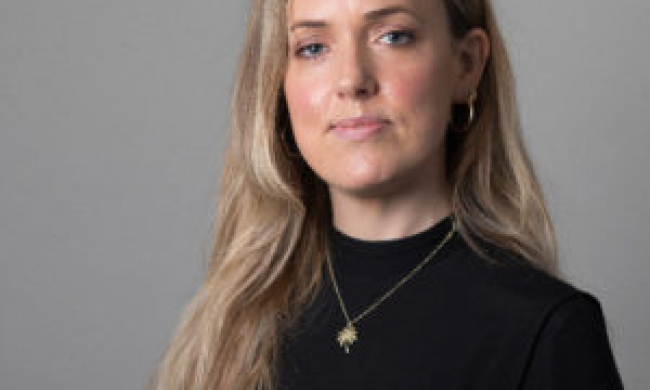 Jemima Kelly is a journalist for FT Alphaville and Notebook columnist at the Financial Times. She was previously FX/fintech correspondent and TitleFund management/pensions correspondent at Reuters, where she mainly wrote about the foreign exchange market, cryptocurrencies and fintech. She started her career as an editorial assistant at The Economist. 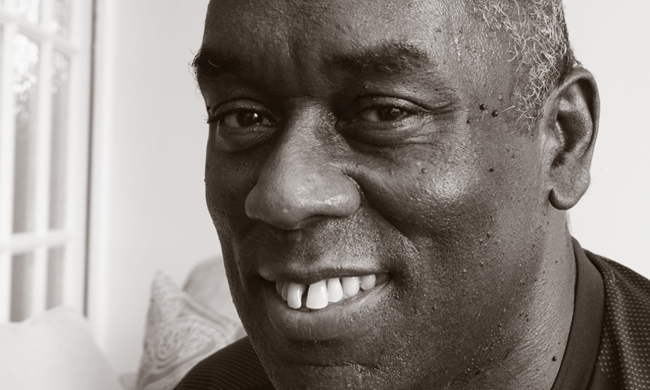 '“Nobody free till everybody free.”

Alex Wheatle, pen name 'The Brixton Bard', is the author of several novels including Brixton Rock, which was adapted for the stage and performed at the Young Vic in 2010 and East of Acre Lane. His life was the focus of an episode of BBC's 'Small Axe' series. He was awarded an MBE for services to literature in 2008. He was sentenced to a term of imprisonment after the 1981 Brixton riot.

His most recent novels, Liccle Bit, Crongton Knights - winner of the Guardian Children's Fiction Prize - and Straight Outta Crongton, are novels for young adult readers, focusing on the lives of teenagers and families on the fictional South Crongton council estate.

‘One of the most exciting writers of the black urban experience.’ The Times 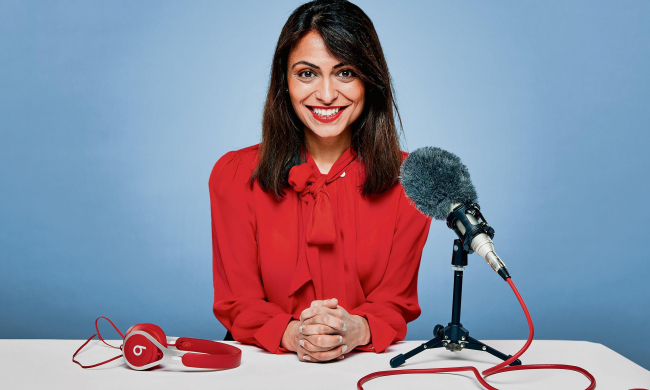 Manveen Rana is an award winning journalist who currently hosts the Times Radio podcast Stories Of Our Times. She previously worked for The Daily Telegraph, as well as the BBC as a reporter for the Today programme. She was also formerly an investigative journalist, who was part of the team that exposed links between the controversial PR firm Bell Pottinger and the Gupta family in South Africa. 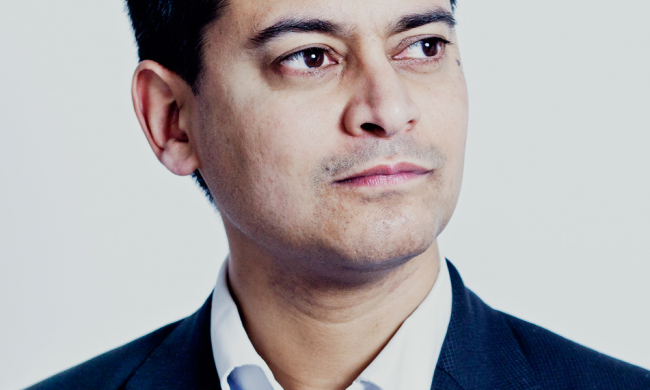 Rana Mitter is Professor of the history and politics of modern China at Oxford University. Rana was educated at King's College. He has been elected for several prestigious positions including president of the Cambridge Union, Kennedy Scholar at Harvard University and Fellow of the British Academy. In 2019 he was appointed an OBE for his services to education.

Rana is a regular writer for publications such as the Financial Times, Guardian and Telegraph and is a frequent presenter on BBC Radio 3's Night Waves. Rana's research focuses on the emergence of nationalism in modern China and he has authored several books on the topic. 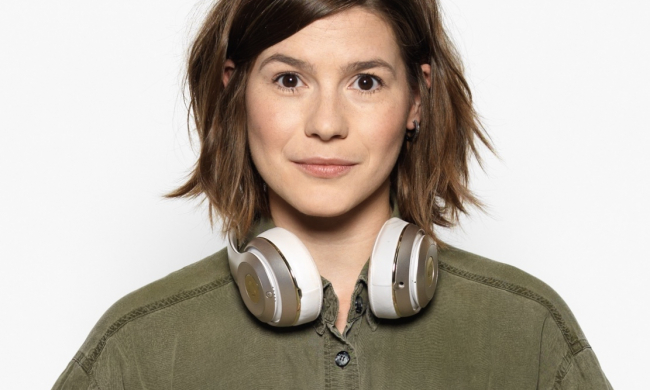 Güneş Taylor is a training fellow at the Francis Crick Institute, the London-based biomedical research centre. Her research predominantly focuses on the genetic formation of ovaries and testes. Güneş has debated the implications of genome editing in forums such as Fertility Fest, the Festival of Genomics, and Virtual Futures, as well as on the Guardian's podcast Science Weekly. In 2018, Güneş was awarded the Crick Public Engagement Prize for her efforts in the public communication of science. 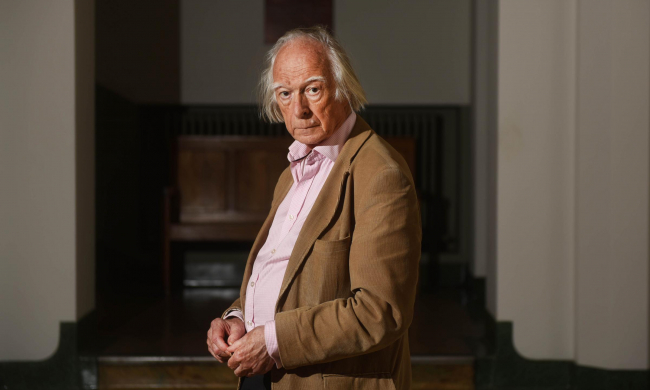 “Quite soon, as we move from genes to the proteins that they code for, and then on to the interactions between these proteins, the problems become seriously complicated.”

Denis Noble is Professor Emeritus and co-Director of Computational Physiology at Oxford University where he held the Burdon Sanderson Chair of Cardiovascular Physiology from 1984 to 2004. Noble was one of the pioneers of Systems Biology and developed the first viable mathematical model of the working heart in 1960 with his supervisor Otto Hutter. The work was later developed with Dario DiFrancesco and others to become the canonical models on which more than 100 cardiac cell models are based today.

Noble has published over 350 articles in academic journals, including Nature, Science, PNA and the Journal of Physiology. His books include the first popular science book on the subject, The Music of Life, which has been translated into 12 languages. He was also elected President of the International Union of Physiological Sciences at its Congress in Kyoto in 2009.

"Creating a sense of co-existence and community is about forging a shared identity which all members of society can identify with and I think this will necessarily begin with quite a profound reform of education."

Dr Myriam Francois is a Franco-Irish journalist, filmmaker and writer. A former columnist at the New Statesman, Myriam’s writing are featured widely in the British press, including the Guardian, TIME, Foreign Policy, the Telegraph, CNN online and Middle East Eye, among others. In 2019, Myriam started the We Need to Talk About Whiteness Podcast to pioneer conversations around structural whiteness in the UK. She delivers regular talks to private companies and institutions on the topic and is due to deliver an upcoming Ted-talk (2022). She is currently working on her documentary directorial debut under her production company Mpwr productions. The film was shortlisted for the 2021Whickers Awards and the Cannes MIPDOC 2022. Myriam was nominated as one of only 14 “filmmakers to watch” in 2021 by One World Media.