The first music acts are here - stay tuned for our HowTheLightGetsIn Hay 2022 Headline announcement – it’s shaping up to be our best yet!

"The art and soul of the party"- Harper's Bazaar 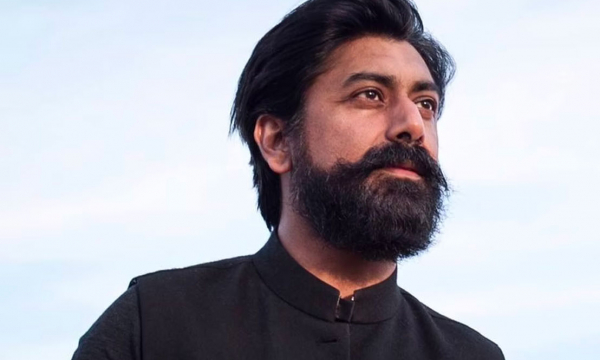 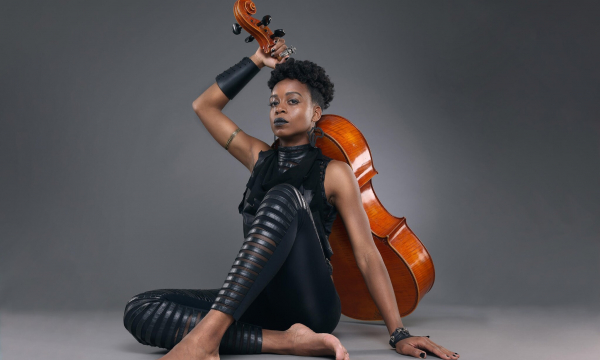 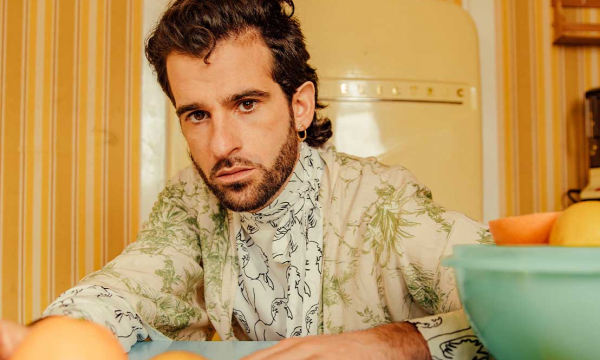 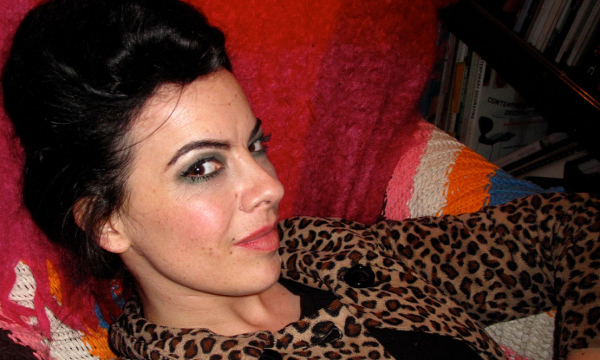 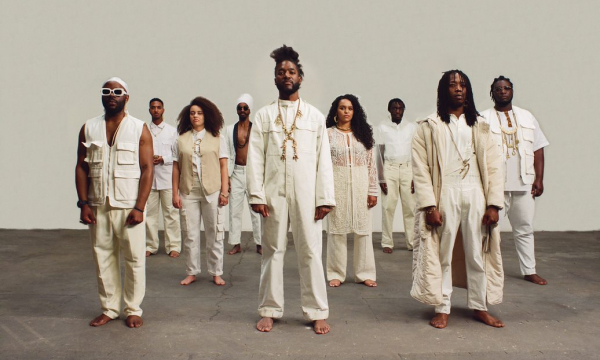 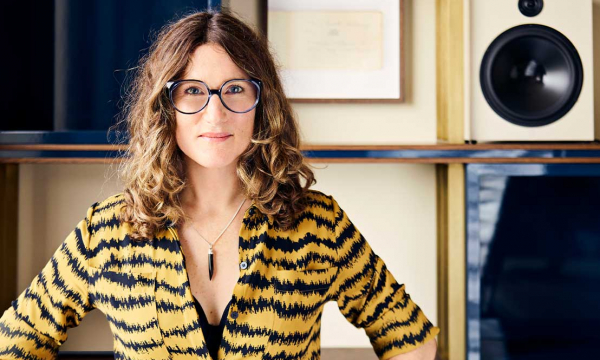 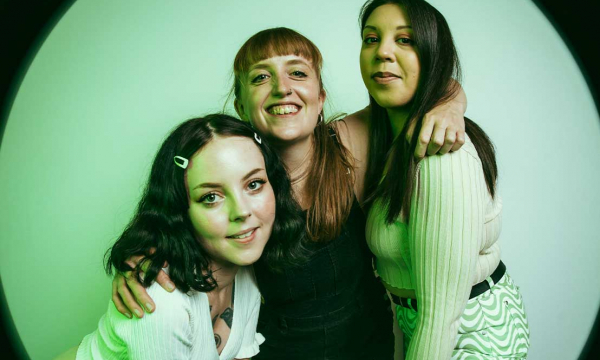 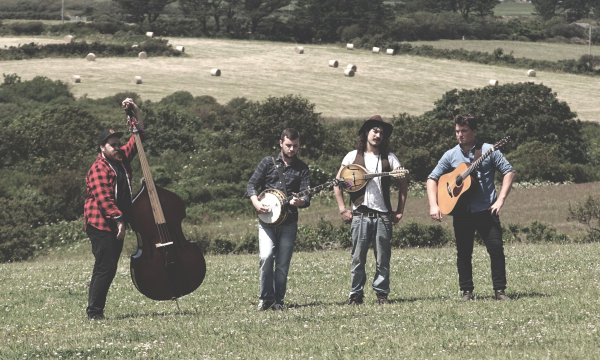 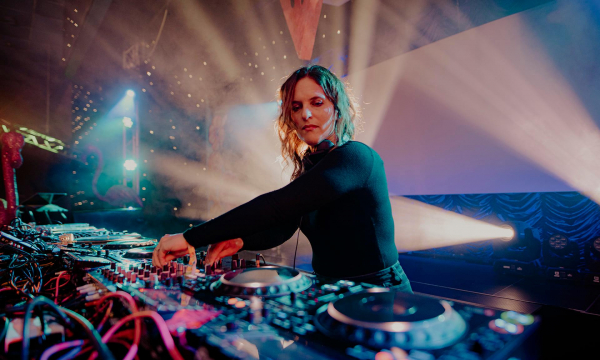 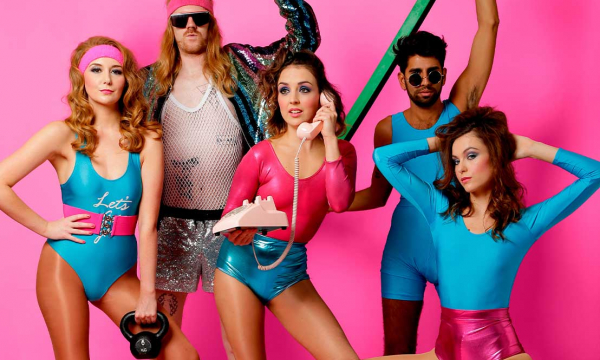 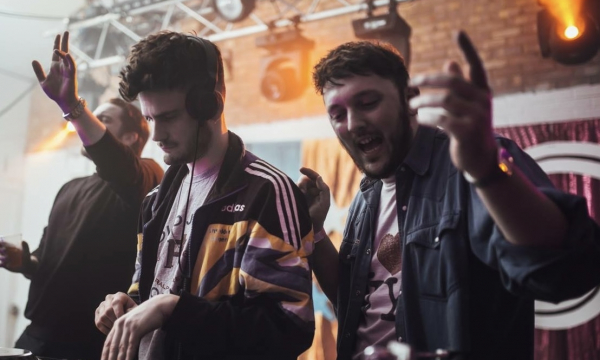 The music created by British drum 'n' bass musician and tabla player Talvin Singh unites the classic traditions of the East with the modern dance-club textures of the West, a style he defines as "tablatronics." Rising to recognition in the mid-1990s, Singh was one of the first to introduce Indian music to today's mainstream youth and to simultaneously inspire a new direction for emerging electronica artists. But unlike most of his followers, including some simply taking advantage of the growing interest in Eastern music, Singh aptly uncovers the common rhythms inherent to both forms, and the result sounds fluid and natural, not contrived or forced.

In addition to performing a celebrated concert with Indian traditional musicians at London's Royal Festival Hall, Singh released his first solo outing. OK, an East/West fusion album populated by arrangements of strings, breakbeats, and tablas, won for Singh the highly coveted Mercury Music Prize. One of the most memorable tracks, the rhythmically complex "Mombasstic," discussed his father's experience of ejection from East Africa. Listening through this piece and the remaining songs, all held together with trance-like rhythms, one is alternately confronted with both chaos and order. Strikingly, these disparate forces blend and transition seamlessly in the hands of Singh.

After impressing at the MOBO awards and wow-ing with a soaring performance at the Royal Albert Hall (and more recently with her Royal Albert Home lockdown performance), soulful singer and cellist Ayanna Witter-Johnson returns to HowTheLightGetsIn. With her musical prowess, mesmerising vocals and mastery for reinterpreting songs on her cello, she is musical proof that classical and alternative R&B music could and should coexist. It's no wonder that Gilles Peterson calls himself her biggest fan.

With a look that falls somewhere between Adam Ant and Prince and a sound that blends shimmer pop, alternative rock and electric-folk; London-based singer/songwriter Charles Costa burst onto the scene in 2012 with critically acclaimed debut ‘LoveBlood’, shortly after being the first British artist to win Nashville’s International Songwriting Competition. An accolade all the more remarkable given that it was judged by Tom Waits, Jerry Lee Lewis, Loretta Lynn and Jeff Beck.

Following collaborations with Marcus Mumford, and the Grammy-nominated Matthew Wilder, his next series of EPs are coming thick and fast, each of which see him exploring different genres and sonic styles. They are King Charles’s most immediately captivating songs to date featuring a rich, organic full live band feel.

The internationally-acclaimed singer presents a stripped-back evening with just piano, creating an intimate evening of songs and stories about loss, love, joy, light and darkness – some are hymnal and at other moments she will rock out, choosing music from her favourite writers Cave, Cohen, Bowie, Radiohead, Brel and Arcade Fire. Camille can usually be found touring internationally with her band, so this will be a rare opportunity to see her like you've never seen her before – presenting a one-off intimate evening, up close and personal.

"Queen of the Edinburgh Festival" (BBC) and original star of Olivier Award-winning LaClique, Camille O’Sullivan enjoys a formidable reputation for her intensely dramatic interpretations of the songs of Brel, Cave, Waits, Bowie and more. The multi-award-winning singer has stunned audiences around the world with her five-star sell-out performances, including at the Sydney Opera House, Royal Festival Hall, La Clique, Royal Albert Hall, Later with Jools Holland (BBC) and she won the coveted Herald Angel award for her RSC solo performance ‘The Rape of Lucrece’. Dark, sexy, fierce, amusing and mesmerizing, Camille transforms each song she performs into an intense, emotional and theatrical experience. Expect joy and pure passion.

“A masterclass in living a lyric – mesmerizing” ***** - Mail on Sunday

Steam Down is a collective, a weekly night, and a genuine movement. Formed in May of 2017, the project was born out of Ahnansé’s desire to reconnect to a community: fractured not only by endless touring, but the forces of gentrification and censure threatening the arts across the capital. Lacking a stable and collaborative space in which such creativity could flourish, Ahnansé chose simply to make his own: in Steam Down’s case, their musical Mecca proved to be a railway arch bar in South London, soon home to a frenzied, weekly jam-night infamous for its opportunity for reflection, release...and a lot of sweat.

As they prepare to roll out their similarly-immersive debut EP, ‘Five Fruit’ - and bring the weekly night back from the pandemic - Steam Down’s return feels particularly poignant. The collective has already seen the likes of Kamasi Washington, Charlotte Dos Santos, Poppy Ajudha and Jools Holland appear unannounced on their nights, whilst picking up two Jazz FM Awards, playing Glastonbury, selling out Village Underground and headlining Boiler Room’s festival: all up front of their first body of work, which was introduced by recent single 'EMPOWER'. ‘Five Fruit’ will see a release on September 24th via Decca.

Nemone has been broadcasting for nearly 25 years, with the last twenty at the BBC. Joining Radio 1 in 2000, she also presented to mainstream audiences on Radio 2 and Five Live before finding her spiritual home at BBC Radio 6 Music. She has produced and presented documentaries for BBC Radio 2 and has hosted numerous television shows reflecting her passion for sport and music, including but not limited to TOTP, BBC Ski Sunday, ITV’s coverage of the British Touring Car Championships.

Nemone is best known as a BBC Radio 6 Music DJ. A familiar daytime voice on the station, her passion for dance music led her to curate a weekly specialist show Electric Ladyland for the last decade. She is passionate about the link between music and mental health and can be heard exploring this in greater detail on her Journeys in Sound series; taking a deeper dive into our relationship with music and its effect on the mind body and soul, interviewing musicians about the experiences that have shaped who they are today. In October 2021, the episode featuring John Grant discussing his life experiences and relationship to music won a New York Radio Festival Award.

HowTheLightGetsIn resident DJ for 2022 - Max will be playing each and every night across the festival, bringing his soul-shakin’ disco debauchery and dance-floor bangers along to fire up the late night shenanigans!

It’s glitter, sequins, big smiles and bigger tunes all the way - he’s been putting a smile on the faces of party-goers all across the UK over the last three years. Energetic performances have seen him light up festivals from Wilderness, Latitude and Camp Bestival to Larmer Tree, Green Man, Shambala, El Dorado and Big Feastival. Knockout warm-up sets for Craig Charles, Norman Jay, Sister Bliss and Rob da Bank have really put him on the map. During Lockdown he spent most of his time streaming DJ sets live from his kitchen, including a marathon 24-hour non-stop session earlier this year!

With a busy schedule of corporate parties, brand launches, club nights, and his EXT radio show - he’s a man on a disco party mission!

The trio have been playing together since summer 2015, and their fun, friendships fuelled live performances have been winning the hearts and minds of people up and down the country. They have secured nationwide and international shows with bands such as The Beths, Kero Kero Bonito, The Cribs, We Are Scientists, The Big Moon & Dream Wife. They have performed at many festivals including Green Man, Benicassim, Truck, Great Escape, 2000 Trees, Kendal Calling & Indietracks.

Peaness have received backing from across the BBC, including a live 6music session with Marc Riley, multiple plays on Radio 1, 2, 6music and have become firm favourites on their local BBC Introducing stations BBC Radio Wales and Merseyside.The band have also received support from Radio X with a live session with John Kennedy, as well as a multitude of press coverage from Kerrang! Magazine, Rolling Stone, Dork, Clash, Drowned in Sound and The Metro.

The band have strong roots in the DIY scene, self-releasing their first EP ‘No Fun’, and releasing their critically acclaimed EP ‘Are You Sure?’ with UK independent label royalty Alcopop! They often make their own music videos, have close creative friends doing press shots and art work, and even have their mum’s making handmade squeaky peas for merchandise.

Flats & Sharps are a four-piece bluegrass outfit from Penzance, Cornwall. Delivering energetic, enthusiastic, and spirited Bluegrass to audiences all around the world, Flats & Sharps have been performing their unique take on this music for over ten years.

Their shows include a wide variety of influences, from a fresh and modern outlook on foot-stomping Bluegrass material through to their powerful and well-crafted original songs, with beautiful moments everywhere in between. Their music perfectly blends strong harmonies and stonking solos, their incredible stage presence and energy create an evening that’ll have you dancing, laughing and singing along in no time.

Over their time together, the band have made their presence known all around the world, including multiple tours in Australia, Europe and around the UK.Festival appearances at Nashville Meets London, Cambridge Folk, Isle of Wight, Larmer Tree – to name just a few.

A new album year for the band in 2022 – a truly wonderful collection of virtuosic songs that are sure to only increase popularity as a highly skilled Bluegrass outfit.#

DJ Emma’s career really began to take off when she won the Smirnoff Equalizing Music DJ competition back in November 2018. Since then she has done two winter residencies in the luxury ski resort of Zermatt, and DJ’d at a heap of UK festivals including Glastonbury, El Dorado, Larmer Tree, Camp Bestival, Wilderness and Creamfields. She’s a regular at Brixton Courtyard and 93 Feet East in London, and this summer also DJ’d at Marston Park in Somerset alongside Horsemeat Disco, Groove Armada and PBR Streetgang for the ‘Pikes Ibiza’ takeover. She regularly warms up for funk and soul legend Craig Charles and has also supported Huey Morgan on his ‘Block Party’ tour.

Emma also has a blossoming radio portfolio - she spent a year on London based Select Radio where she hosted guests from all across the world of dance music including Smokin’ Jo, DJ Paulette, Terry Farley, Sarah Story, Bklava, and Lisa Loud. She’s now moved on to the highly regarded Brighton-based station 1BTN where she curates her monthly show ‘Boogie Boulevard’, and is also a Friday night monthly resident for BBC Radio Wiltshire.

We’re delighted to have Emma DJ alongside Max Galactic on our Thursday night opening party for HowTheLightGetsIn 2022!

Grab your leotards and sweatbands - It's time to party ‘80s style! DJ Mikey Snooze, Betty Haynes and their team throw the wildest ‘80s shows in festivals and clubs across planet Earth!

They’ve performed at all the major UK festivals including Glastonbury, Wilderness, Shambala, Elrow, Latitude, BoardMasters and Boomtown, warmed up for Sara Cox’s ’80’s tour and made crowds sweat from Antwerp to Barcelona and from the snow topped Alps to the tropical Seychelles!

Their aerobics instructors, DJs, dancers and circus artists have performed to crowds of thousands getting them all spinning, shaking and thrusting to the best era of music EVER!

James and John have spent the past eight years establishing their brand Late Night Disco all across London - with residencies and regular appearances at all the coolest joints in town: Oval Space, XOYO, The Queen of Hoxton, Boxpark, The Prince of Wales Brixton and Oslo Hackney.

They’ve won competitions from Data Transmission, Coors Light and MixMag, and are resident DJ’s at El Dorado festival, where they headlined the Nest back in 2019. They’ve Dj’d alongside a whole host of superstars including Rudimental, Horse Meat Disco, Joey Negro, Norman Jay, Dusky and Dr Packer and have been smashing it on Twitch all across lockdown!

Get stuck in with Late Night Disco and our resident DJ Max Galactic for HowTheLightGetsIn’s Friday night party in 2022!